When I say “Student” you say “Power” #SchoolStrike4Climate 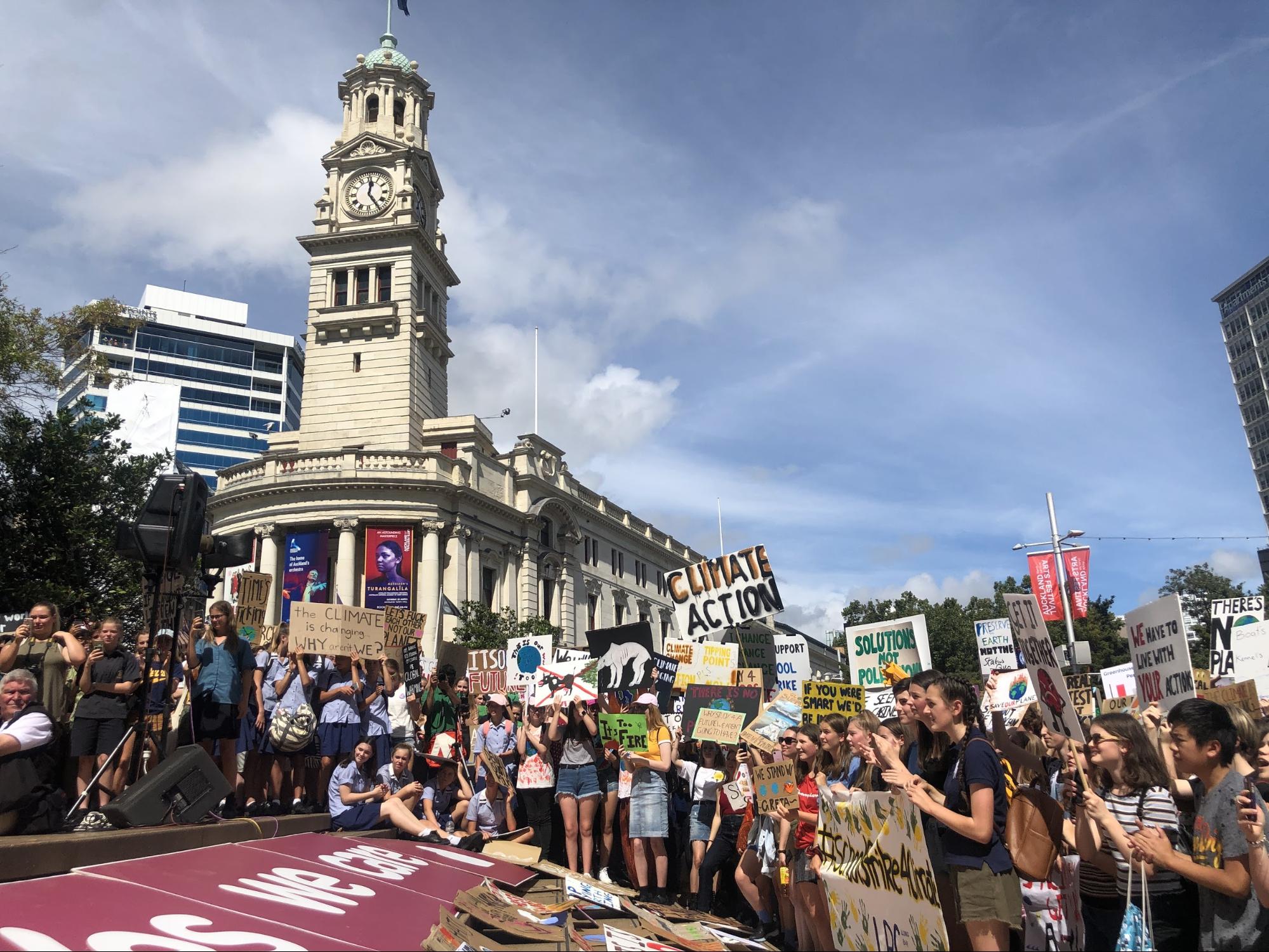 A School Strike for Climate Action was held in Auckland’s Aotea Square on Friday March 14 with an incredible turn out of around 5000 students and supporters to gather, chant, listen and ultimately march down Queen Street.

The students expressed their dissatisfaction with the NZ Government’s track record on climate change. 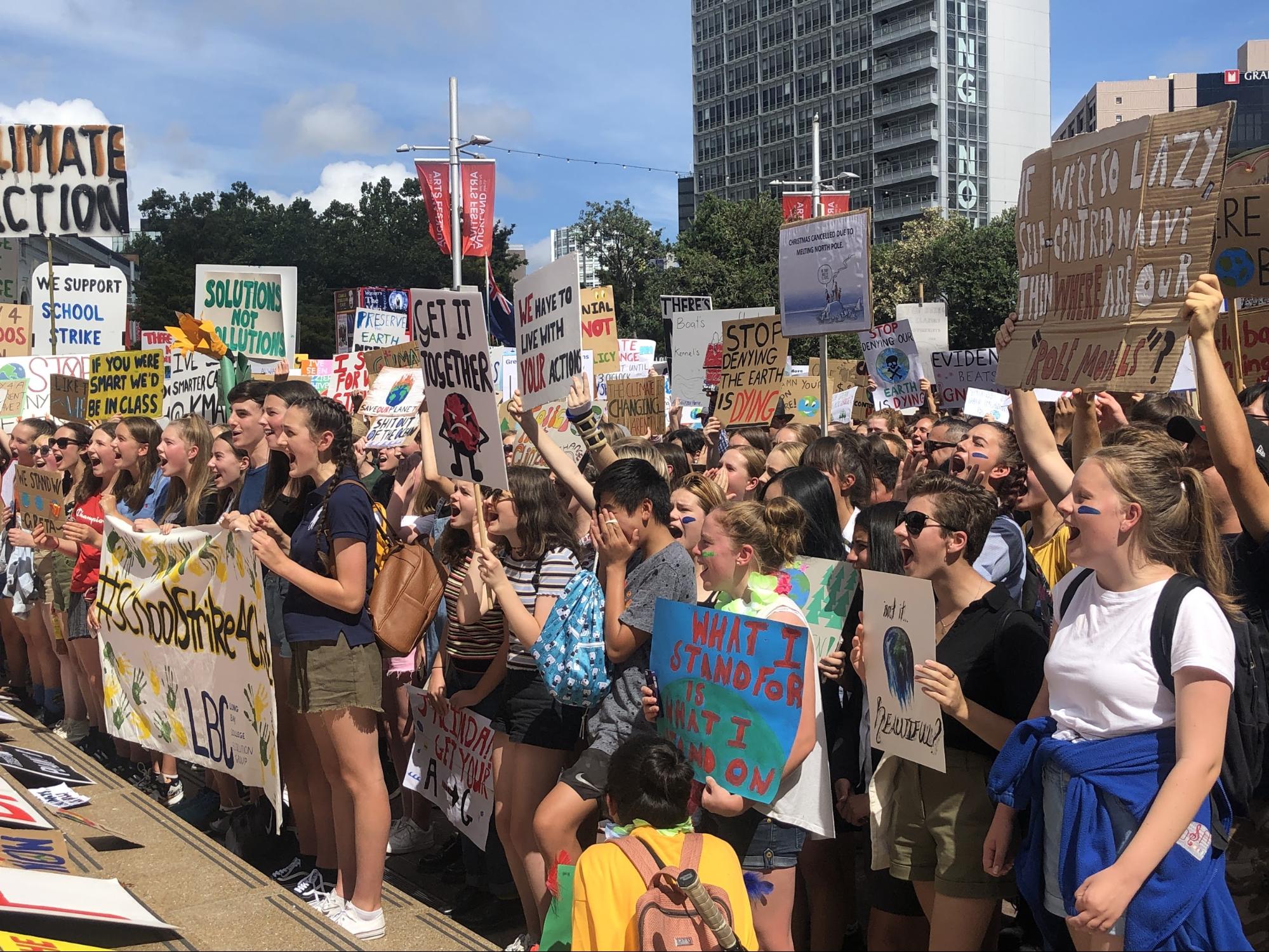 The only politician on the front lines of the crowd was Green Party co-leader Marama Davidson who was asked to speak when the original karakia speaker could not make it. She spoke only briefly before standing side by side with the protesters to give their message weight. The only other adults to be seen were the media, crouched with mics and cameras to amplify the young people’s voice. 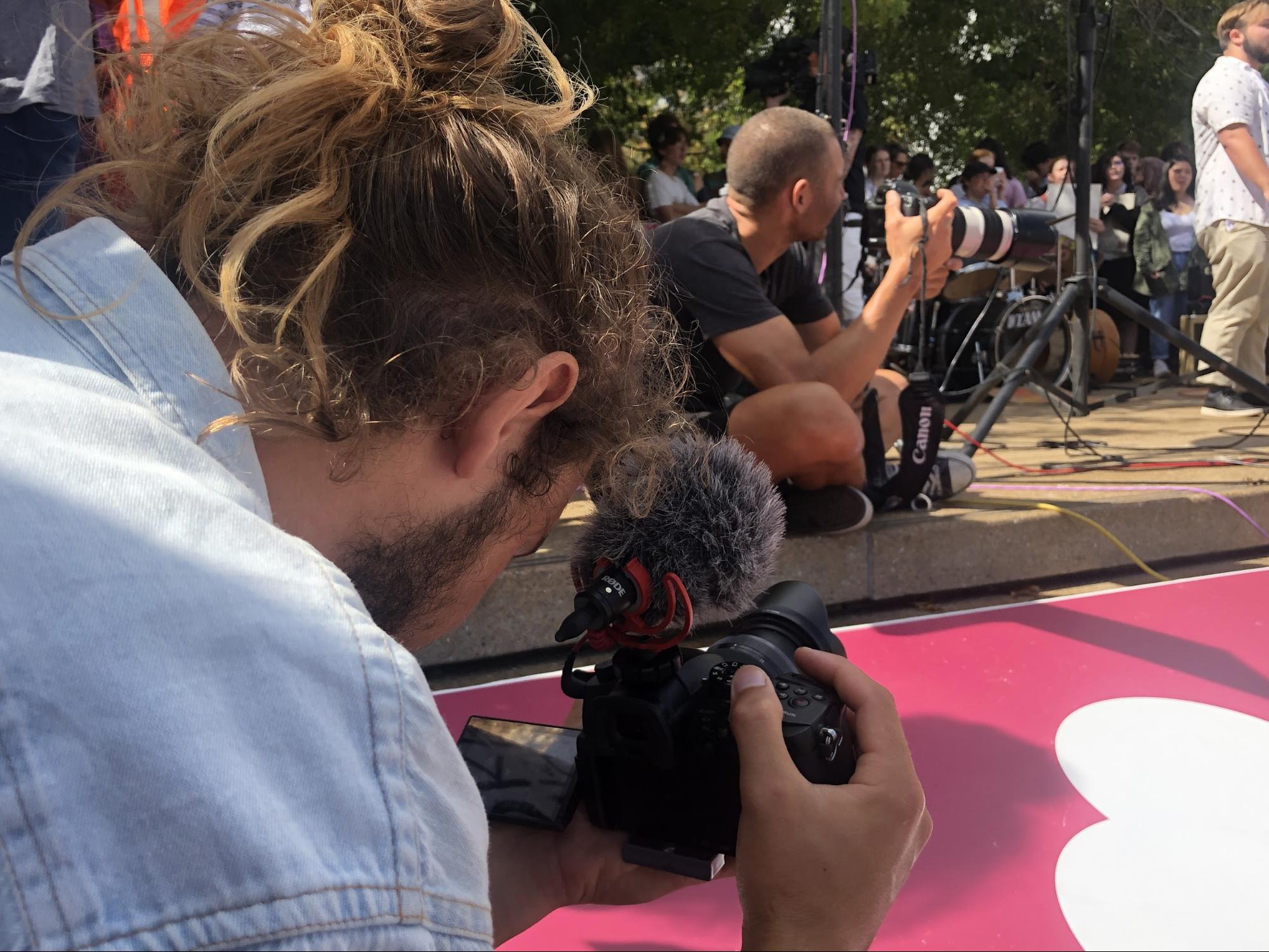 One thing is for sure - It’s hard to believe the defeatist rhetoric from the sceptics when your sitting amongst the palpable passion of these self-empowered youth.

Marama Davidson followed her karakia with a message of support for all of the youth rallied. 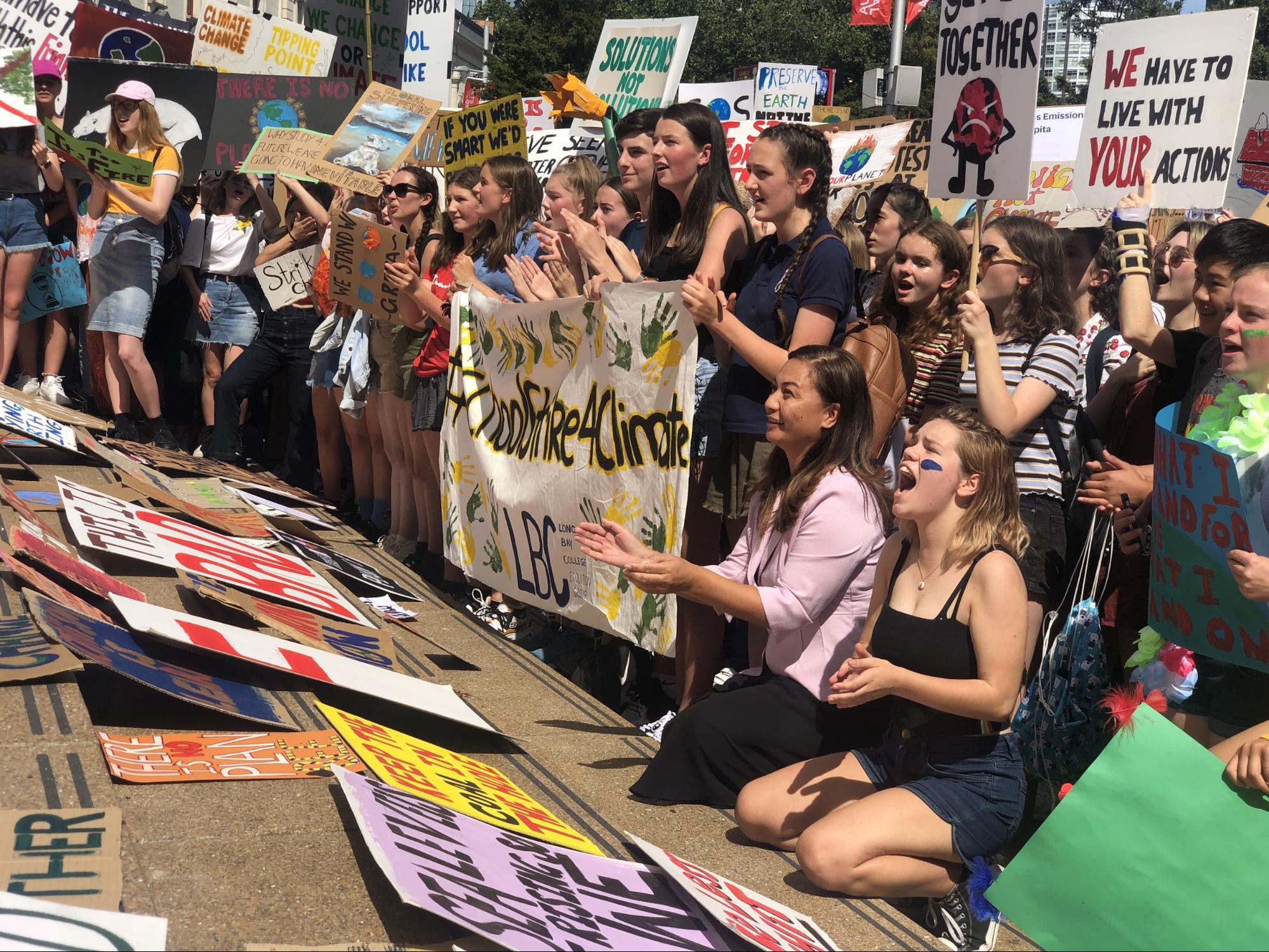 A series of poets delivered passionate appeals for change. Although it would be wonderful to publish them all here, we will have to settle for some highlights. 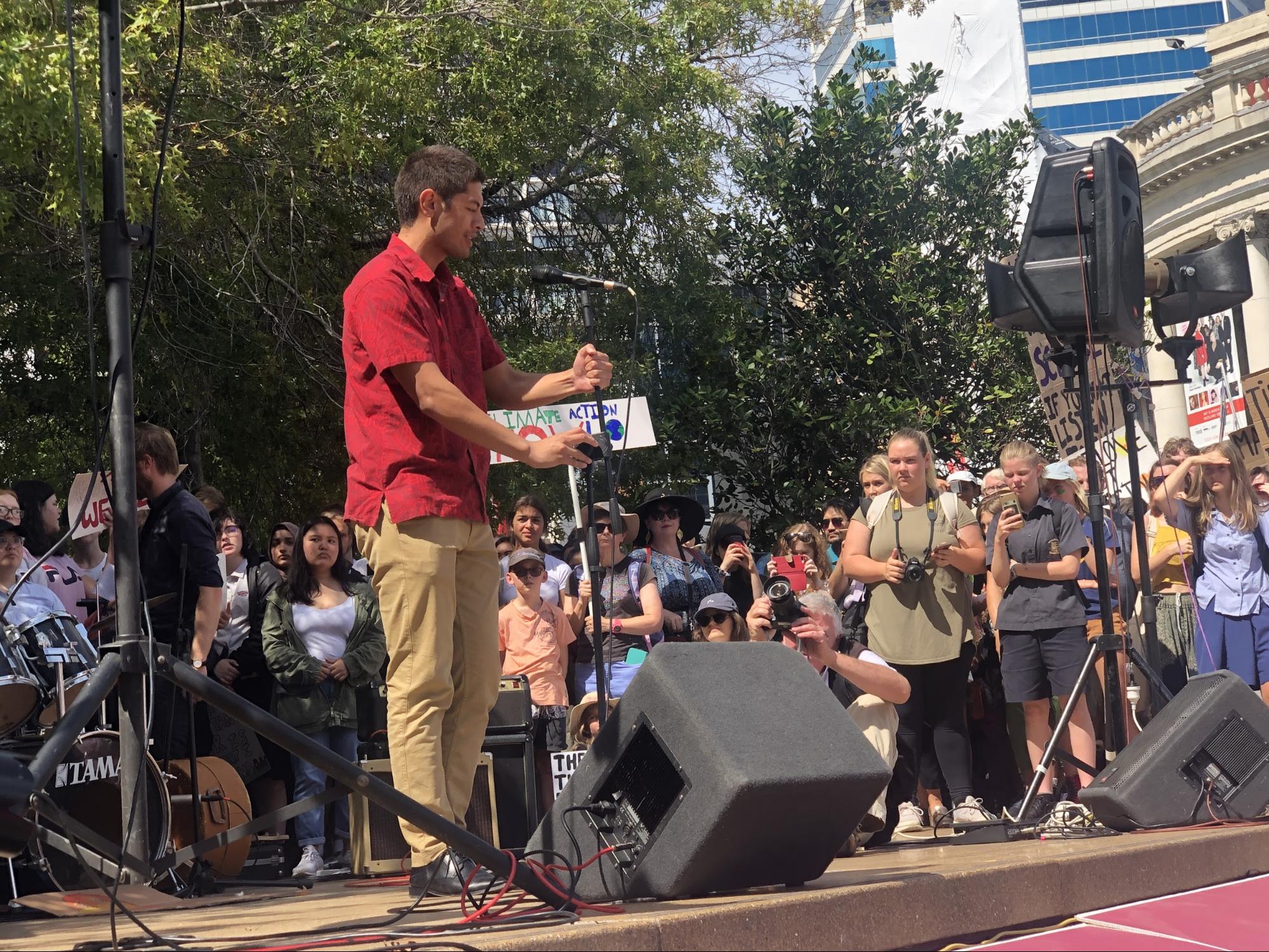 Will you still hold hands with Papatuanuku while you shave her for a quick buck Will you continue to consume? ...We have no ambition for an empire the sun never sets on. Their attempts to drown us in white noise will never succeed.
— Eric Soakai 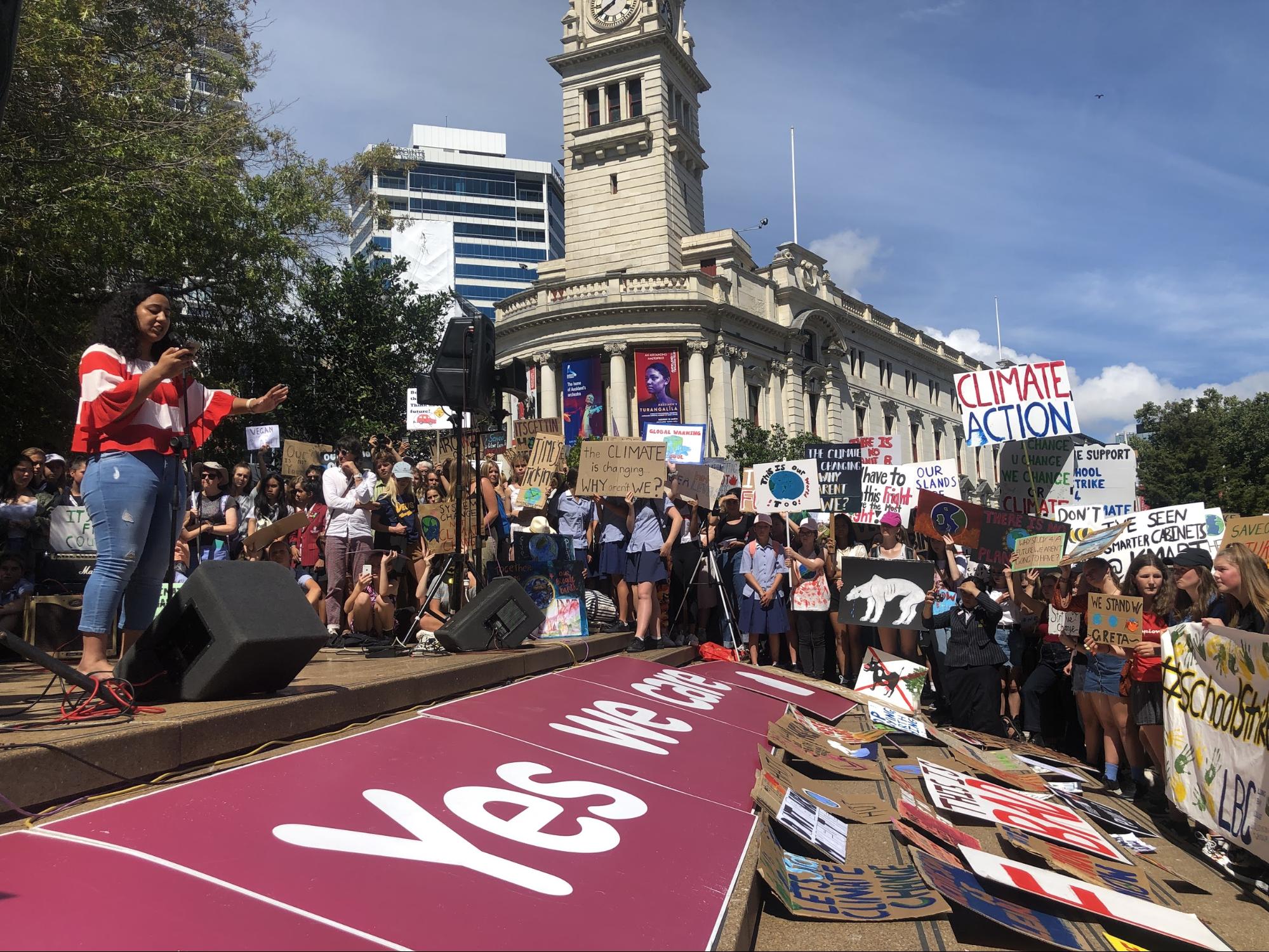 When I cry for the planet that dies before it’s time, for the genocide we committed on forests... for an extra dollar only to realise that... all the riches in the world will not stop you from confronting the blood on your hands... My islands are sinking, our islands are sinking. But I will not let you sink us with them
— Maria Lavemia 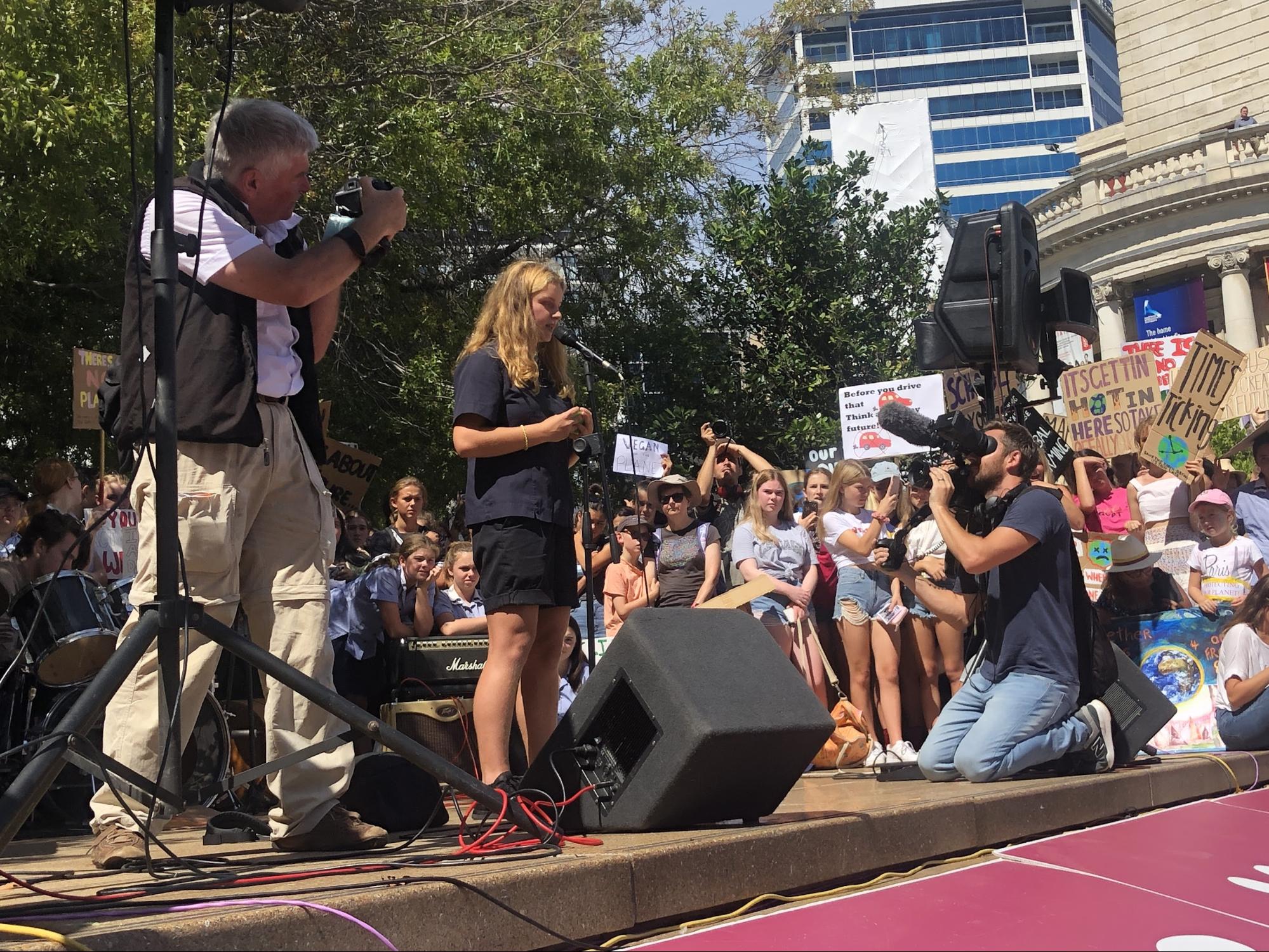 13 year old Christina Sieberhagen gave a rousing speech congratulating companies like the Warehouse Group for being zero carbon, and encouraging others to do the same. And if you don’t, the implicit warning is, don’t expect this generation to visit and spend.

“I’m sure making the world environmentally friendly will not be easy,” says Sieberhagen, “but Kate Sheppard did not look at the task in front of her and think ‘this is going to be a piece of cake’.”

These students stood up, shaking hands and quivering voices, calling for change to the crowd of thousands, cameras in their faces, and adults across the nation telling them they are wrong. They showed us what bravery looks like. 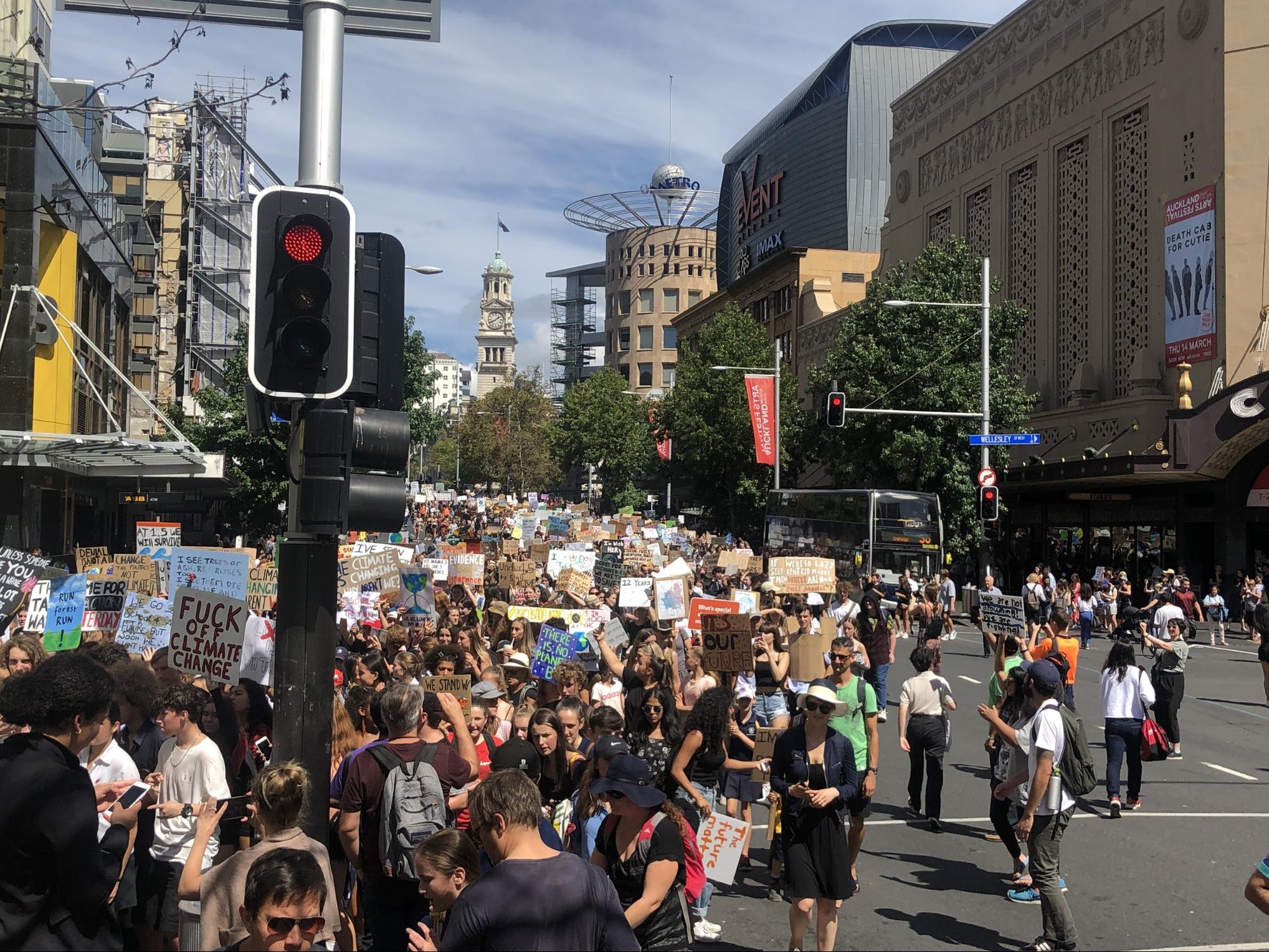 After much chanting, cheering and banner waving, the march down Queen Street began.

Representative from Generation Zero, Greenpeace, Forest and Bird, Fossil Free UoA, The Sustainability Collective and other volunteers were in attendance as marshals and, when the march hit critical mass and spilled onto the road, worked with police to ensure that the protesters were kept safe from traffic.

There was no violence throughout the event, and the march was no exception. However, there was plenty of volume as the chanting was sustained the all the way to Customs Street, and back to Aotea Square. 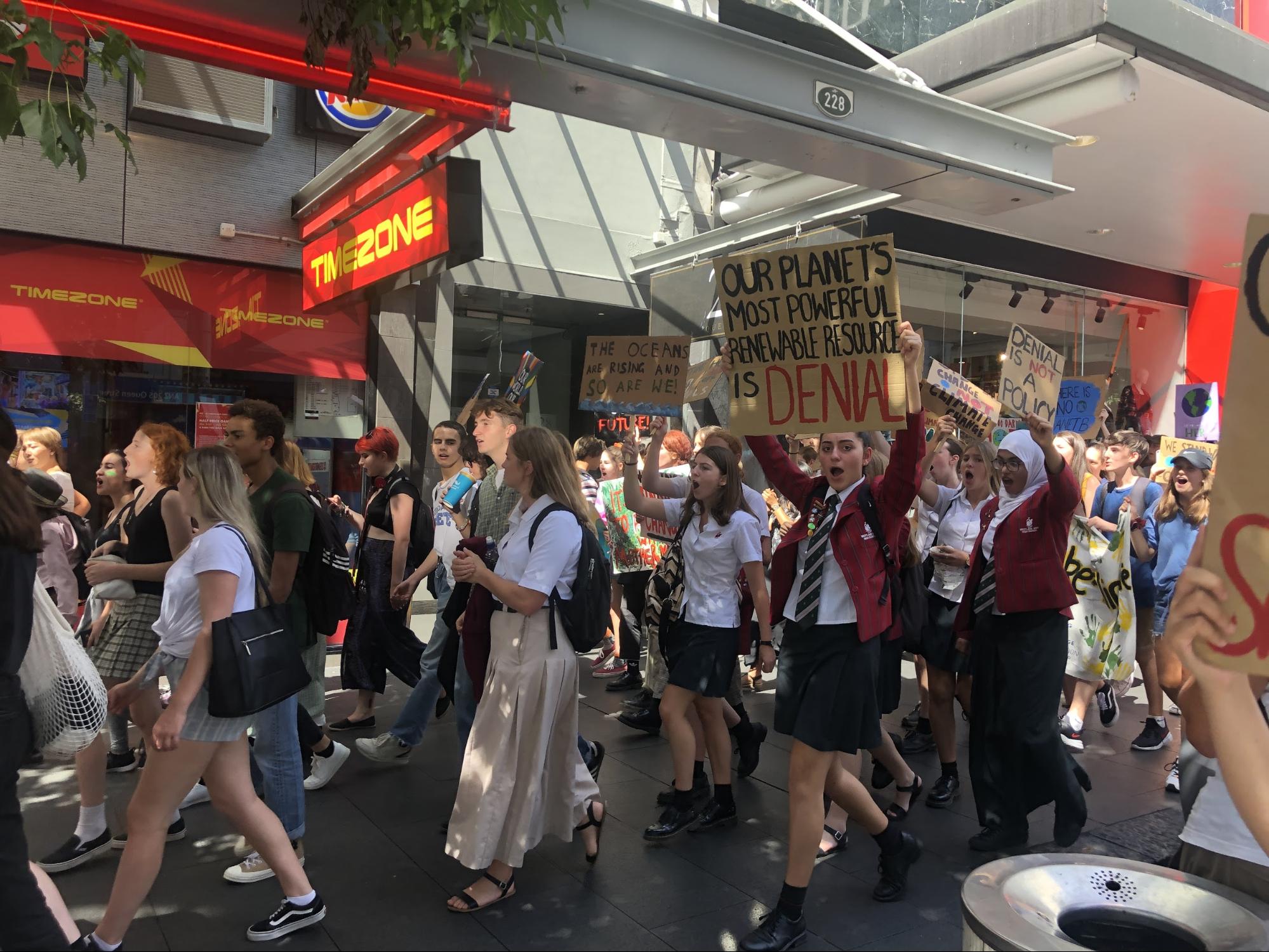 Anyone who was amongst the protest today could never say that this was all about a day off school.

These were informed, educated students from across every clique, every age, every background all gathered to let the world know: 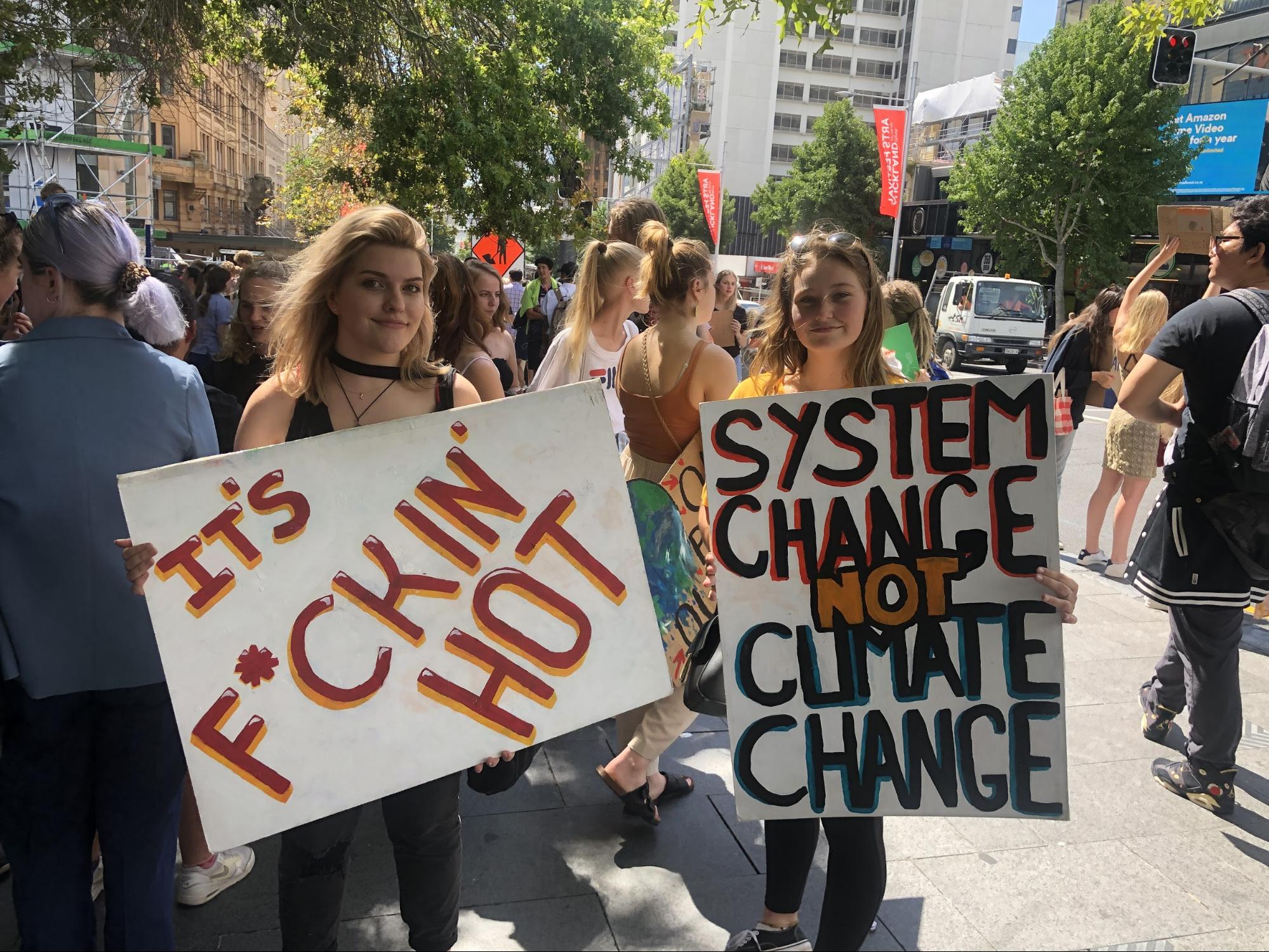 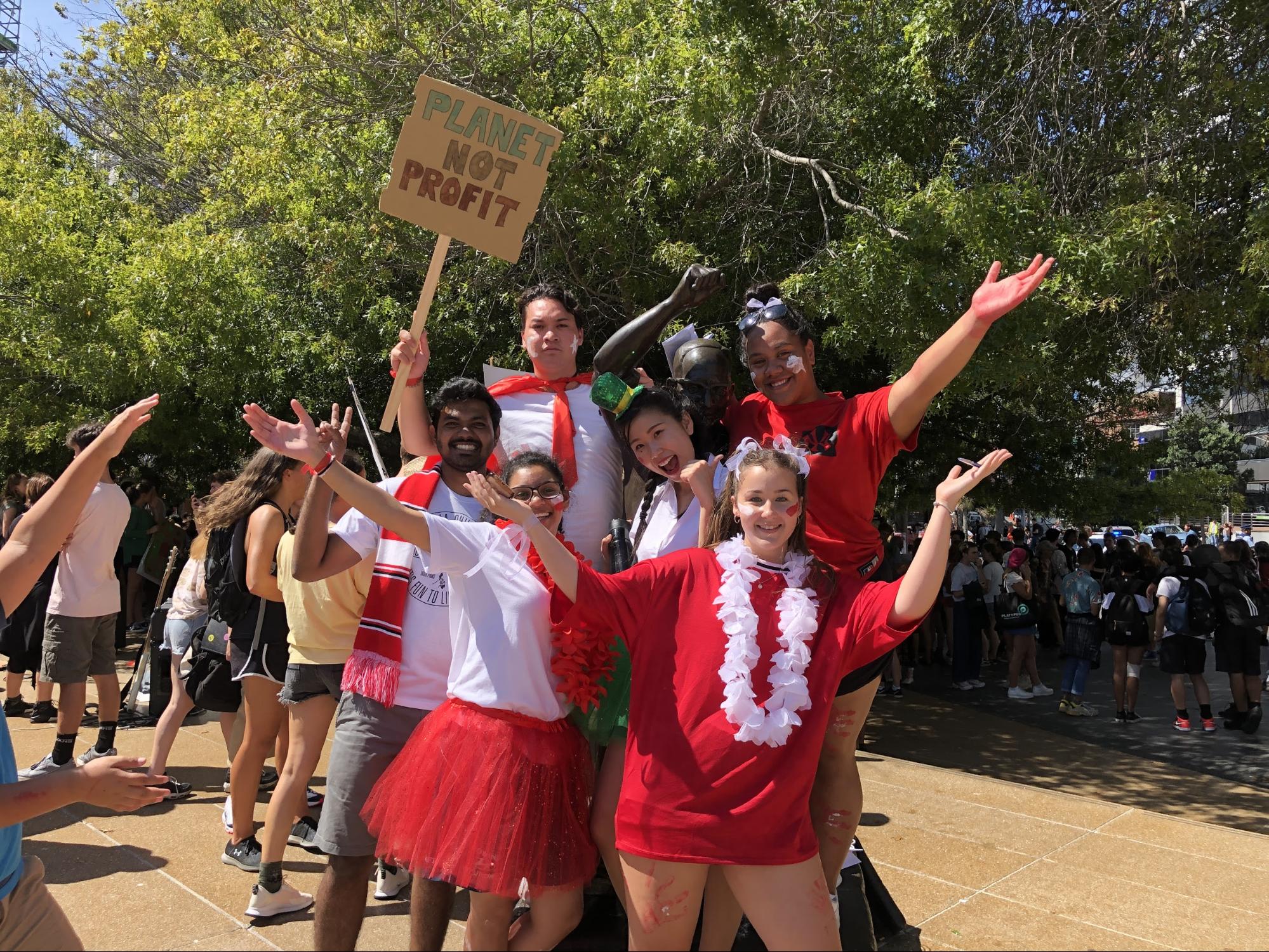 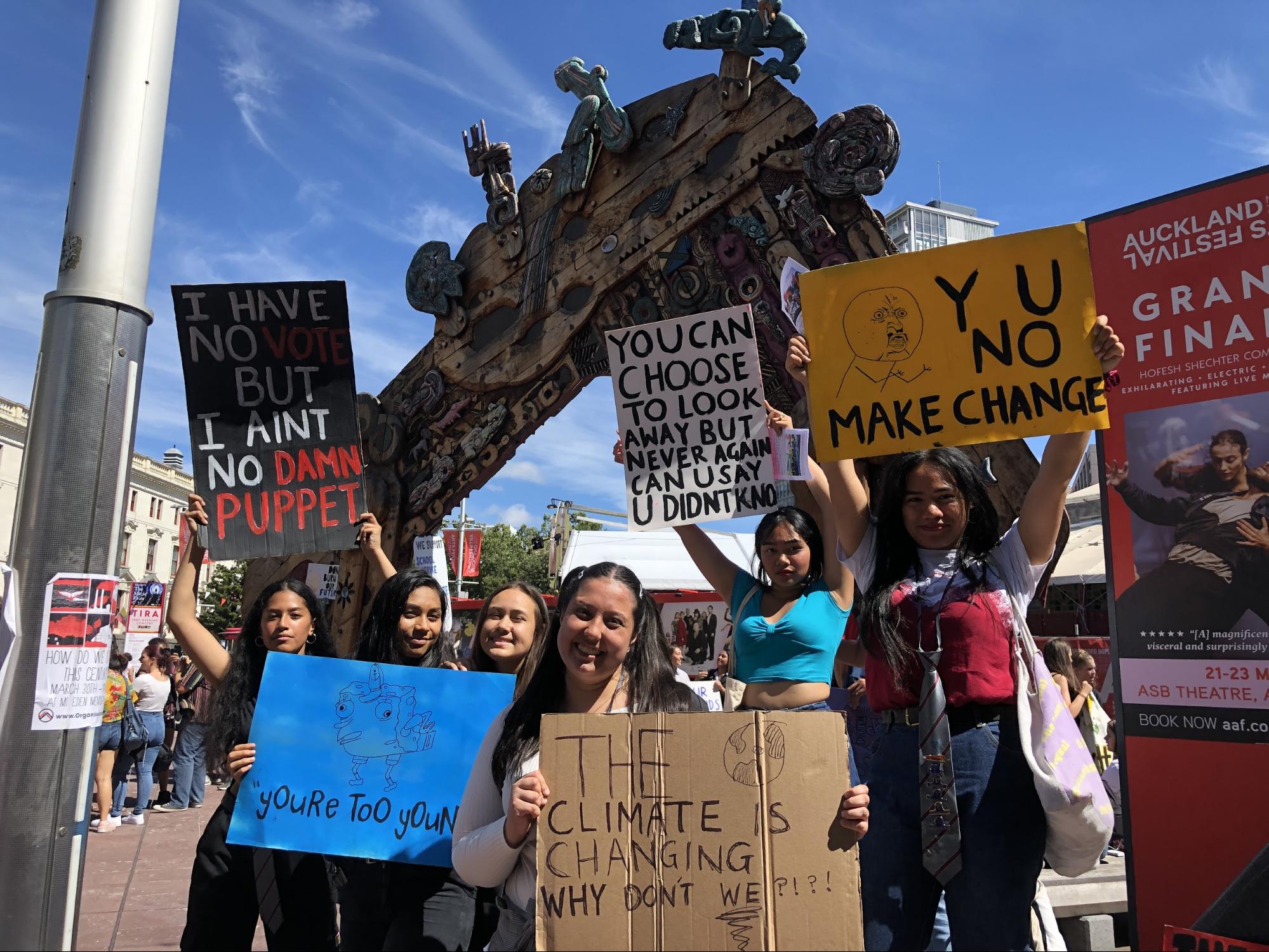 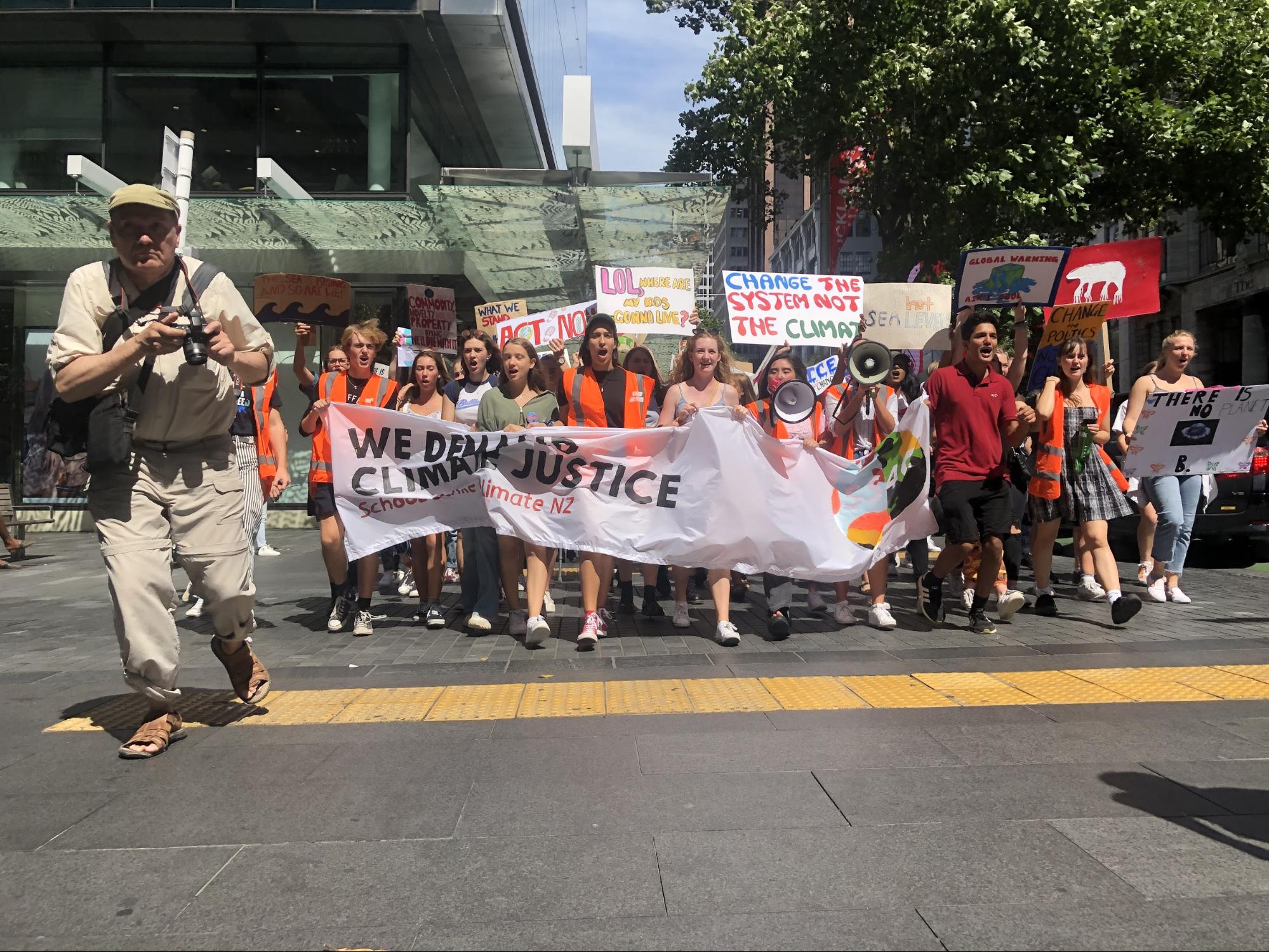 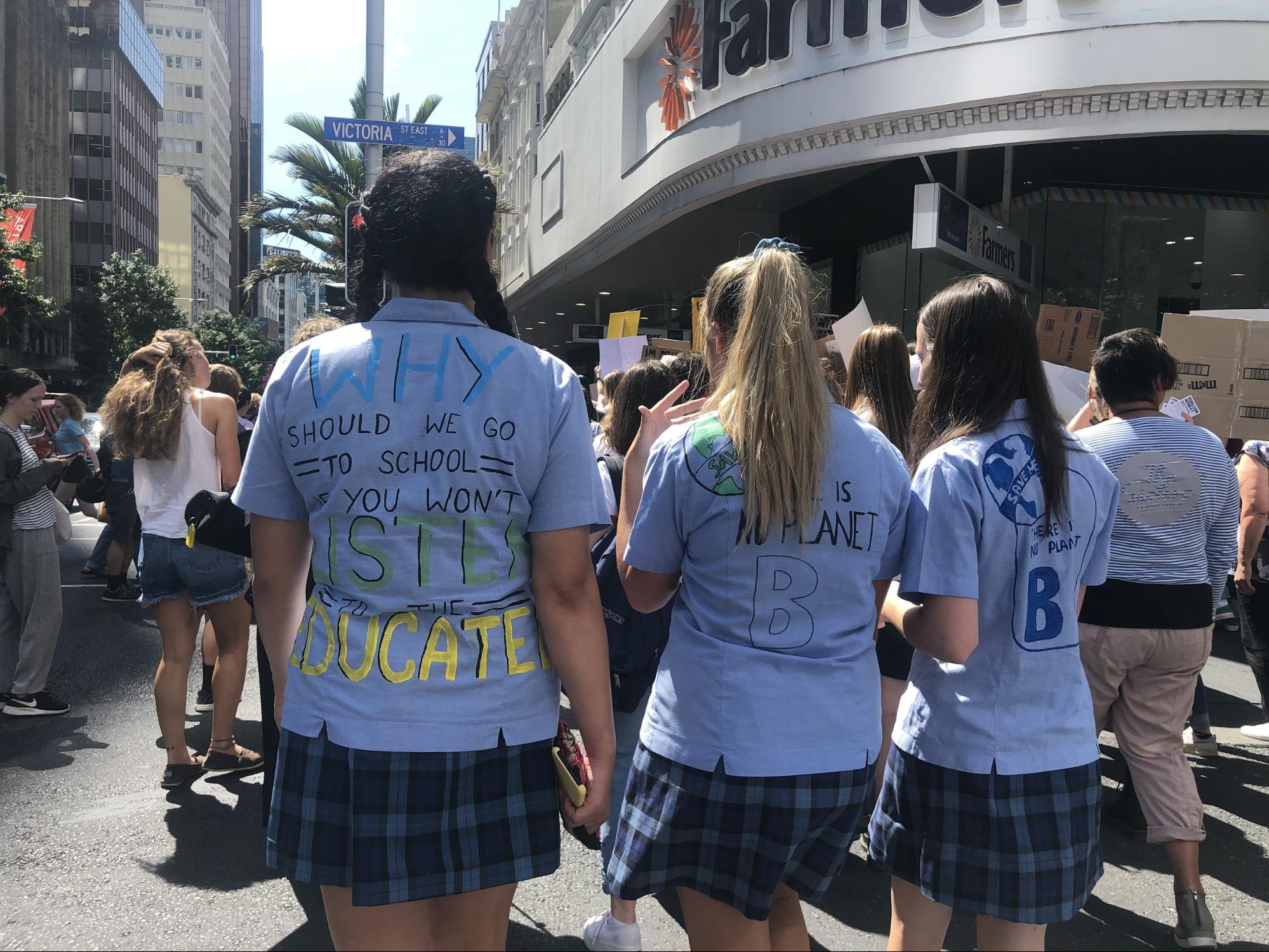 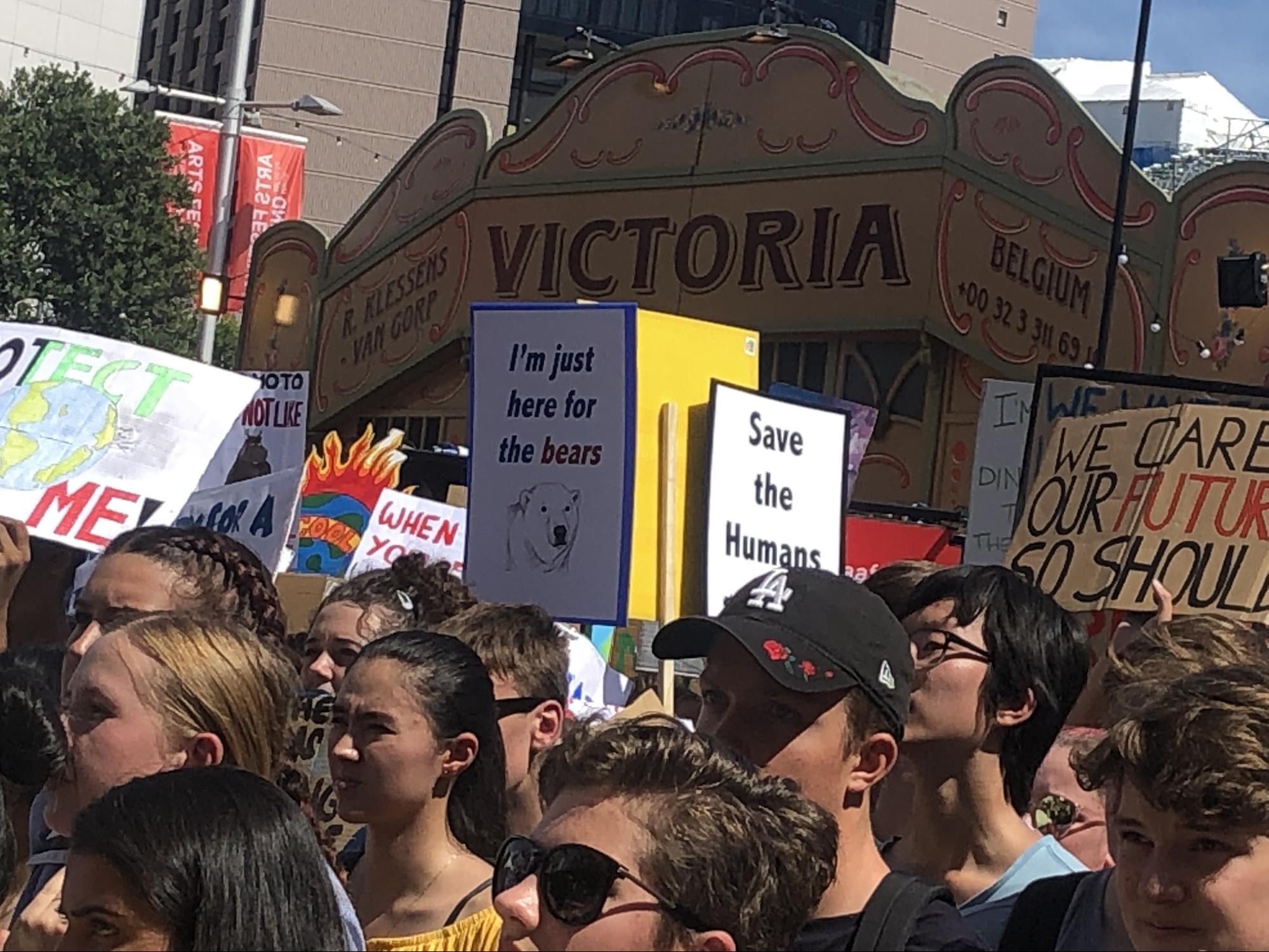 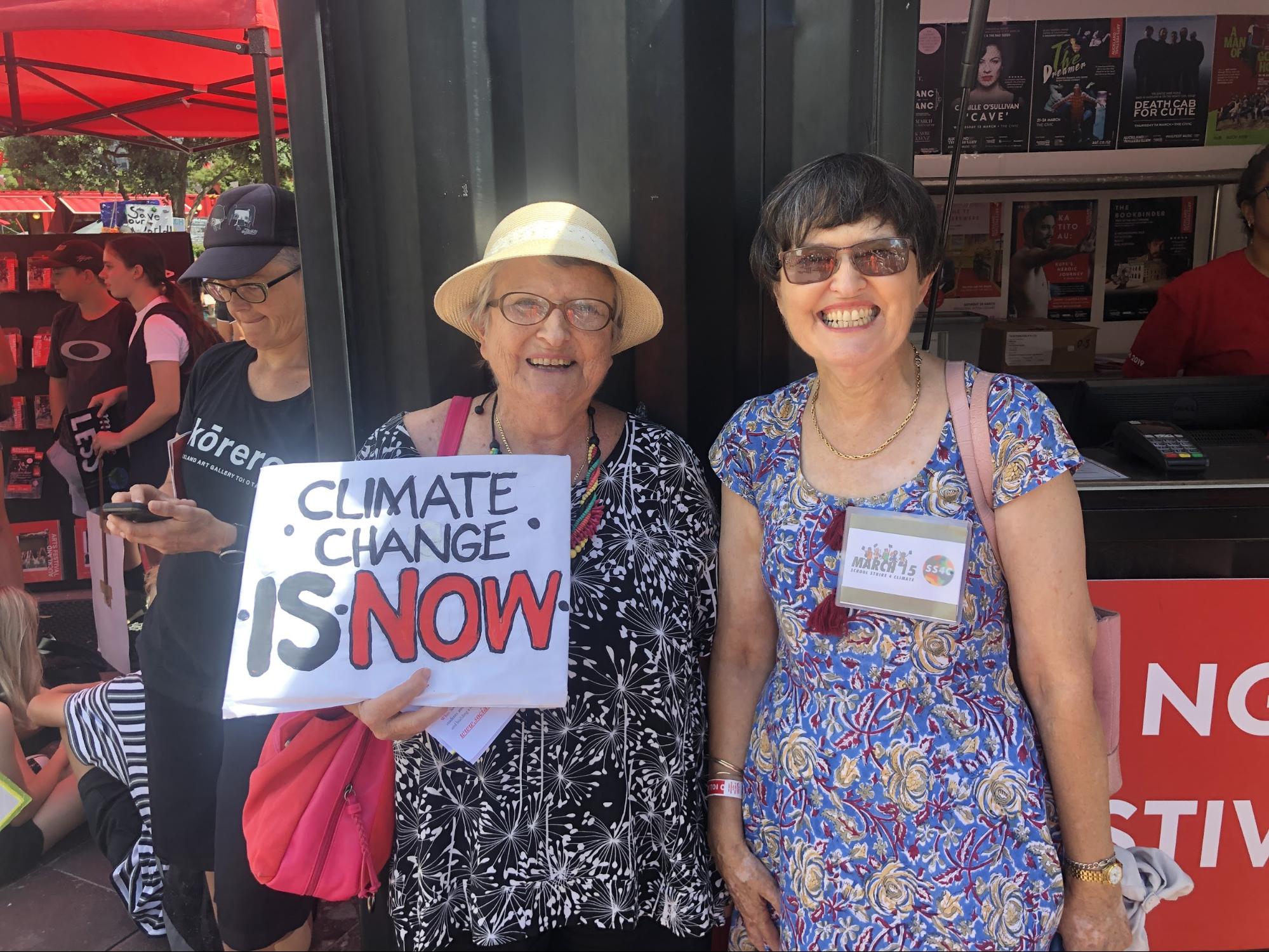