How Can My Vote Shape A Low Carbon Future? Transport

This is our second explainer on election policy. For a rundown of party policies on transport, check out this post.

Transport accounts for the largest share of carbon dioxide emissions in New Zealand, and for 18% of our total greenhouse gas emissions. This means that there is a significant opportunity for us to cut carbon pollution by changing our transport system.

This is also an opportunity to improve our balance of payments by reducing the amount of money we spend importing foreign oil. Our transport system currently depends almost entirely on oil, and at present this costs New Zealand roughly $5 billion per year.

To transition New Zealand’s transport system off oil there are two types of solutions: reducing our fuel demand in the first place through reducing the need for travel and making it more efficient, and shifting from oil to clean fuel sources such as renewable electricity and sustainable biofuels.

First up, New Zealand is heavily car-dependant and there is plenty of space for developing better transport choices in our country. For the most part, New Zealanders use private motor vehicles to get around (92% of total passenger kilometres), and trucks provide the dominant share of our freight (70% of total freight-kilometres).

Other countries have built transport systems that mean far more people choose low-carbon forms of transport: this includes both active transport, in the form of new cycleways or ‘complete streets’, and mass transit options such as urban rail systems or rapid transit bus systems. Not only is that good for cutting carbon pollution, it’s great for public health.

Percentage of trips taken using different modes in several countries. Note that Finland and Norway are of similar size and average density to New Zealand. (Source: our paper to the 2014 IPENZ Transportation Group Conference).

What can New Zealand do to catch up with those countries? There is now strong public demand for it. It comes down to changing where our money is going and planning our cities better.

Most of this funding has been committed to the ‘Roads of National Significance,’ a set of seven highways across the country which collectively involve $12 billion in investment. Parts of these, such as the Kapiti Expressway, do not meet a business case to justify constructing them. Even a slight rebalancing of that budget could lead to significantly more investment in better low-carbon transport options throughout the country. 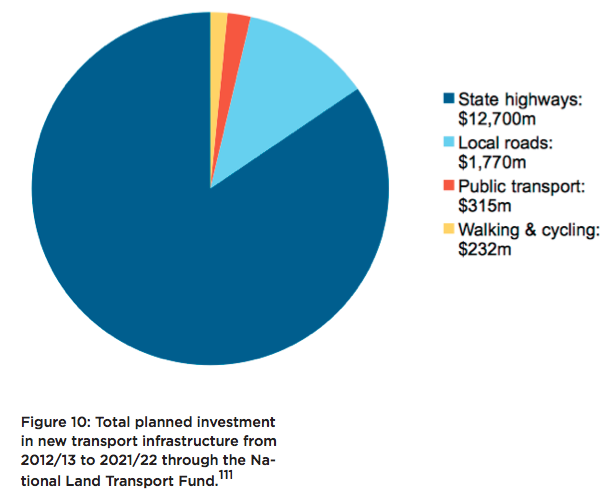 Generation Zero has done a lot of work  advocating for better public transport options in our largest cities. In Auckland, we worked with our friends at Transportblog to develop the Congestion Free Network: an integrated network of rail lines and separated busways, which includes the vital City Rail Link to unlock the rail network. The full network would be completed by 2030 and it has been fully costed showing it is more affordable than the Council’s current transport plan.

In Wellington, we have developed Fast Forward Wellington, where we think separated light rail or busways throughout the city can make for a far better public transport system. 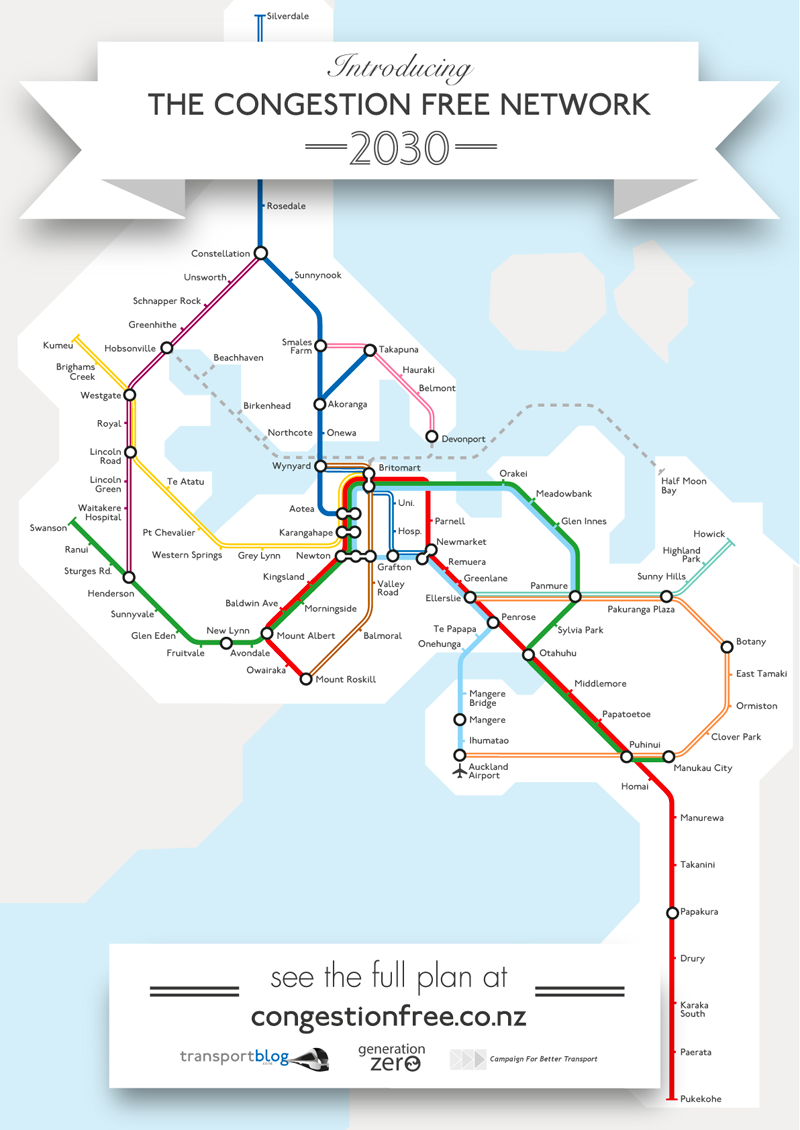 We can also significantly increase incentives for people to take active transport options in New Zealand, especially cycling. One of the best ways to do this is to make cycling safer and more enjoyable by introducing separated cycleways on major routes.

There is significant improvement to be made in this area in all of our major cities and Generation Zero have advocated for it in Auckland (including our campaign for separated cycleways on K Road), in Wellington as a part of Fast Forward Wellington, and in Christchurch and Dunedin too.

But it’s also true that people can’t use public transport and bikes to get everywhere. So developing ways to power cars without fossil fuels is an essential part of the picture.

First, New Zealand’s current vehicle fleet is very inefficient by world standards. We import a lot of second hand cars without any policies to mandate more efficient vehicles (unlike almost all other developed countries). This is an obvious area for policy solutions such as fuel efficiency standards. 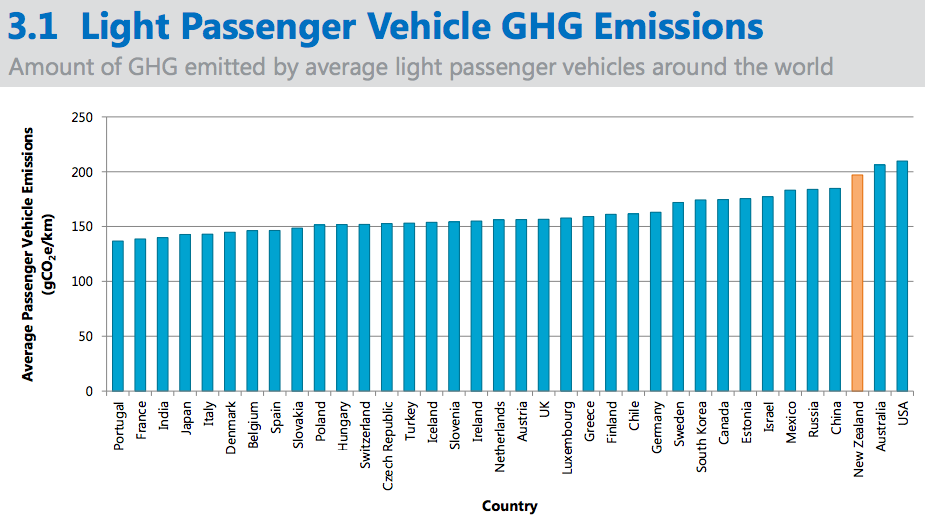 So, what about low carbon fuels? There are two main possibilities here. The first is electric or hybrid vehicles, which today would emit about 85% less carbon pollution than the average NZ car thanks to our high percentage of renewable electricity.

Government can create better incentives for electric vehicle uptake, for example by building public charging networks. It can also support further electrification of rail and buses.

New Zealand also has major potential to produce sustainable biofuels, although there are still some question marks to be overcome. The most promising option for large-scale production is biofuels from wood (using wood waste and/or purpose-grown forests on low-grade land), which has been extensively researched by Scion, one of our Crown Research Institutes.

There are many ways the Government can support biofuels development, including mandating a certain percentage of biofuel use in New Zealand (which Labour introduced in 2008 but National scrapped) and supporting industry investment.

Finally, for a full low-carbon transition, New Zealand needs to consider our freight options. At the moment, the vast majority of it is done by heavy trucks.It is very unlikely there will be a complete transition away from this, however there is an opportunity to restore and develop our rail and coastal shipping networks to transfer some freight away from the road.

Now, check out what parties are promising with their transport policies.

If you are interested in more detail about urban transport plans discussed here, you can read our paper to the 2014 IPENZ Transportation Group Conference, A Youth Perspective on the Future of Urban Transport.