How Can Your Vote Shape a Low Carbon Future? Climate Law

Climate change is one of those problems where there's no silver bullet solution – no single technology, policy or action is going to solve it. The sources of carbon pollution are many and varied, and the solutions must be too.

So far in our election blog series we've covered putting a price on carbon pollution and changing our transport policies. While these are both hugely important, they still only cover some of the tools in the full toolbox we need. Building a prosperous low carbon future requires a fundamental shift in our decision-making.

What we need to do is insert a filter right up the top of the Government's thought chain so that for every decision it asks “what is this going to mean for our carbon emissions?”, and ensures that overall we are moving in the right direction. Going low carbon needs to become a core driver of our national economic strategy, as it has already for many other countries.

So how can we do this? The answer is legislation – climate change law.

Thankfully, the UK has given us a prime example to follow with their Climate Change Act, passed in 2008 with bipartisan support. Finland and Denmark have both adopted their own versions of the Act too. What it basically does is put binding emissions targets into domestic law – so that the successive governments are legally required to meet them – and sets up a 'carbon budgeting' process to ensure this happens. 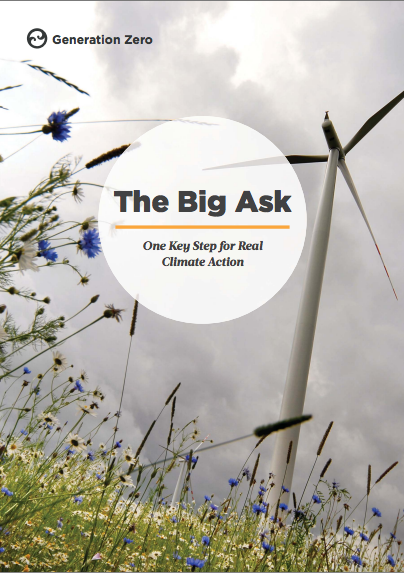 We've written a whole report about this: The Big Ask – One Key Step for Climate Action. Here I'll try to describe how this all works with a rugby analogy (which are apparently popular with certain politicians): imagine New Zealand is an out-of-shape rugby player trying to shed some kilos and get fit.

As an aside, that's actually a pretty good analogy – if we don't get this rather flabby high carbon economy of ours into shape, we're going to be increasingly uncompetitive in a future where climate change concerns and the risk of fossil fuel dependence are only going to increase. And as the epic New Climate Economy report Better Growth, Better Climate proves, it's a case of a little bit of short-term pain for major long-term gain.

So, first, if we want to lose some weight we need to get serious about our long-term goal and vision.

The current government has actually introduced a long-term target of reducing emissions in 2050 to 50% below 1990 levels. But it's only a 'political commitment', and right now it’s a bit like lazing on the couch scoffing potato chips while promising the coach we'll get in shape.

For a telling example, take a look at the Government Policy Statement on Land Transport Funding. This document, which sets out how the Government will spend our transport dollars over the next decade, makes no mention whatsoever that we have made commitments to reduce our carbon pollution (in fact it barely even acknowledges climate change). The Business Growth Agenda is the same.

In the rugby player analogy, we could make our commitments binding by putting performance targets into our contract. The Climate Change Act does this by putting our emissions targets into domestic law.

Second, just like getting into shape, cutting carbon pollution is a bit of a challenge so we better get some expert advice. This is why we need an independent Climate Commission, which you can think of as like a personal trainer and nutrionist rolled into one. (In the UK it is called the Committee on Climate Change).

They'll start by advising us on whether our long-term target is good enough, and help us work backwards to set realistic interim targets (carbon budgets) that will ensure we're on track. They'll do the analysis showing how we can meet those targets through exercise and a healthy diet (i.e. policies) and help us develop a plan.

It's important to emphasise that there many different possible solutions and the Climate Commission's role is not to choose, but to lay out options and recommendations so the ruling parties can choose their preferred options. Do you want to do more training so you can justify eating that pie? Do you want to focus on developing compact cities with public transport, or do more to accelerate electric vehicle uptake? Of course there are some bottom lines like a decent price on carbon, but even here there are choices to be made, e.g. between the Emission Trading Scheme, a carbon tax, or some combination of both.

Having a non-partisan expert voice in the debate is also key to depoliticising climate change in New Zealand and cutting down misinformation and fear-mongering. It's a bit like going to see an expert rather than getting our facts from some random website advocating the latest diet or exercise fad.

Even if we are committed to dropping some kilos and getting fitter it can be tempting to slack off and not follow through on the plan. “It's raining. Ah, I'll go for a run tomorrow instead...” “DID YOU SAY CHEESECAKE? Well... just this once.” Similarly, to make sure we're cutting carbon, we need some accountability and transparency.

The UK Climate Change Act requires that the Government must produce a plan showing how it intends to meet future targets, and publish annual reports showing in detail how it is doing. The plans are all audited by the Climate Commission. It's a bit like jumping on the scales and doing a fitness test every month with our personal trainer watching over us.

What if the Government is really slacking off and failing on its targets? Well, time for a bit of naming and shaming. In the UK the Committee on Climate Change has criticised the Government where needed and held it publicly accountable so citizens know whether their leaders are doing enough to deliver on their promises.

Has the Climate Change Act worked?

Essentially yes, it has so far achieved what it set out to do. The Act itself is not a silver bullet and it is fallible (a government could still choose to ignore it and flout the law). But the proof is in the pudding and the UK is now on track to reduce emissions in line with its carbon budgets for the next decade, with further policies needed to ramp things up beyond then. Contrast this with New Zealand's official projections showing our emissions going up, up and away. 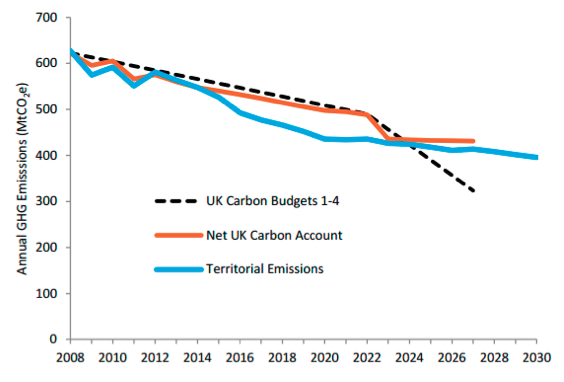 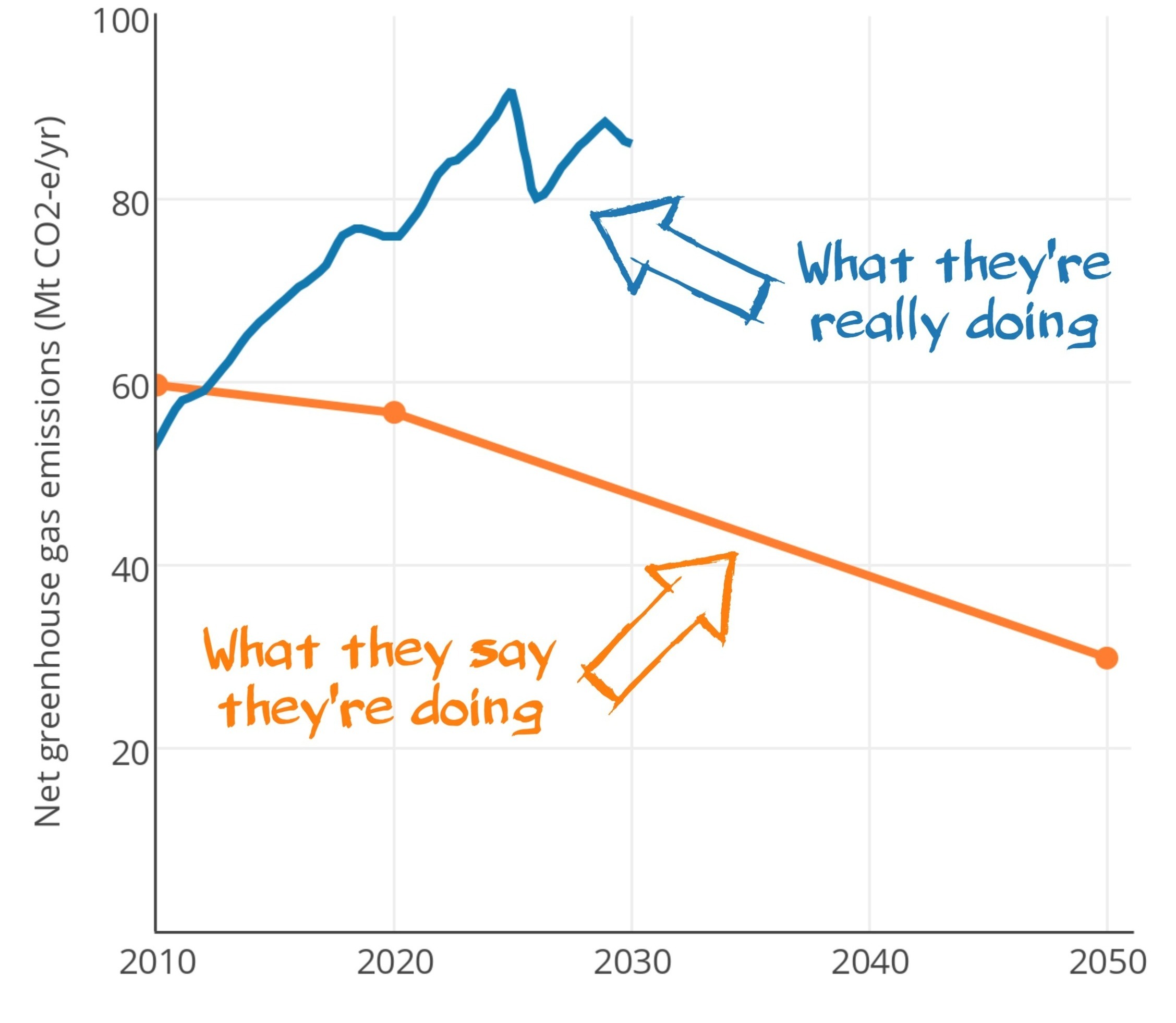 The most recent official emissions projections compared with reduction targets for the UK (left) and New Zealand (right).

Generation Zero believes a Climate Change Act is the single most important step that the next government could take to fix New Zealand's climate change response and set us definitively on track to a low carbon future. It will be really important that it has cross-party support to ensure that it's there for the long-haul and give businesses and citizens certainty about the country's economic direction.

Heading into the election, which political parties have stated their support? Click here to find out