The Role of Kiwis in Protecting our Pacific Family

In the latest reports, the World Bank has revealed that the effects of climate change are already taking a toll on small island Pacific nations. Low lying islands such as Tuvalu are faced with poor crop irrigation, storm damage, and contaminated drinking water.  I was surprised to find that these are all happening right now, and they’re raising some pretty big questions regarding New Zealand’s stance on carbon pollution and immigration. 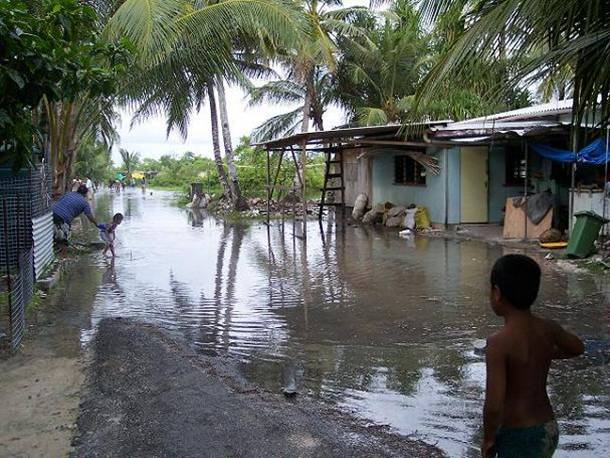 The threat of climate change in the Pacific has been in the headlines for a while, but it’s clear that this environmental problem will soon become a political one.

In a world first, a Tuvalu family was granted New Zealand residency in August this year after claiming they would be negatively affected by climate change if they returned to their low lying homeland.  According to their lawyer Trevor Zohs "A lot of people are affected by illness when they go back, they get sick from drinking polluted water. The island is porous so even when the water is not flooding, it penetrates the rocks under the land."

The reality we must face is that at the current pace of global warming, thousands of islanders will be displaced by climate change within the next century. The international Refugee Convention does not yet recognise victims of climate change as refugees.  This raises some big questions our leaders have yet to answer.

Climate immigration:  What our politicians are saying

Current policies reveal some contrasting takes on the issue.  During last week’s Great Climate Voter Debate, Kamilo Ali (Pacific Livelihoods Officer at Oxfam) pointed to a case earlier this year where a Kiribati resident was denied New Zealand citizenship, after claiming his residence in Kiribati had been impacted by human-made climate change.  Kamilo asked the panel where they stood on this looming issue:

• Tracey Martin (NZ First) stated that we have an imperative priority to our Pacific neighbours, but instead of offering a firm position, announced that NZ First “would welcome the opportunity to discuss this further.”

• David Parker (Labour) pointed out that the Pacific Islands are a “relatively easy problem to solve”, pointing to the millions currently living in coastal and low lying populations around the world, how their displacement will start wars, and how we should be doing everything we can to make sure that doesn’t happen.

• Russel Norman (Greens) simply added that the reality of the issue was that the UN refugee criteria will have to recognize climate change.

• John Minto (Internet-Mana) explained that New Zealand has a special responsibility to our Pacific neighbours and should be working to adjust the UN criteria.

• Tim Groser (National) took a moment to talk about National’s renewable energy projects in the Pacific.  Following that, he explained that “from a humanitarian perspective”, we shouldn’t be opening up immigration and putting priority on one people over another.

• Nancy Tuaine (Maori Party) said that they are “totally committed to supporting you, to first and foremost to stay in your lands if you can”, going on to say that regardless, NZ has a responsibility to welcome their Pacific neighbours as “brothers and sisters”. 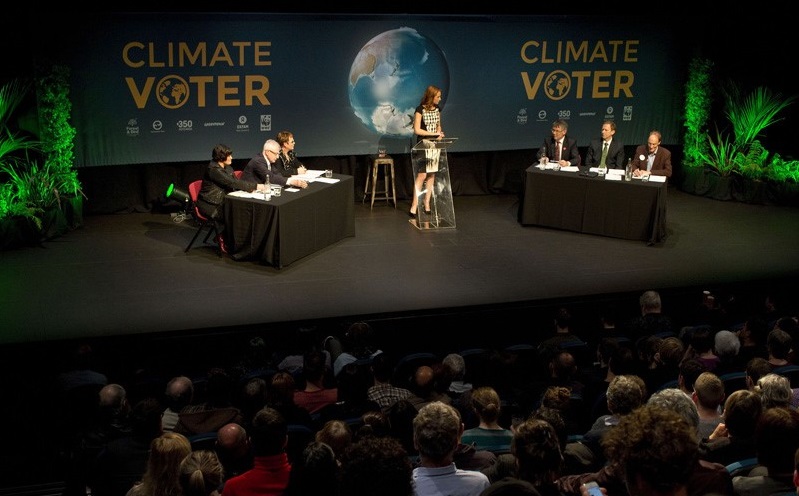 Among this mixed bag of responses, it was good to hear that the general consensus was positive; that we must implement clear criteria for climate change refugees.

All this made me realise that immigration and similar issues are useful.  They are tangible and immediate ways of opening discussion about climate change.  They present people with real problems they can see happening and engage with.  For those of us interested in putting climate change in the spotlight, these discussions are an excellent tool and we should be using them.

Personally, I think we have a clear moral responsibility - not only to welcome refugees, but to set an example for action on climate change.  Ban Ki-moon (the UN Secretary General) has explained how our attitude towards the Pacific Islands fits into a wider picture.  “I see small island developing states as a magnifying glass.  When we look through [their] lens, we see the vulnerabilities we all face. And by addressing the issues facing small island developing states we are developing the tools we need to promote sustainable development across the entire world.”

The Pacific nations will probably be the first major population to be displaced by rising sea levels.  New Zealand should take this as an opportunity to set an example for the world in turbulent years that may come.  After all, 6.9 percent of New Zealand’s population are Pacific peoples, and with our obvious “large neighbour” role in the Pacific - it feels like the right thing to do.